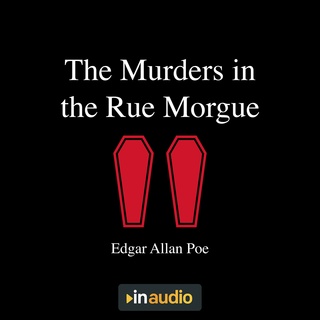 In Paris, two women have been brutally murdered, and newspapers report an assortment of clues and the arrest of a man with seemingly little link to the case. One man, C. Auguste Dupin, believes that the clues reported and the findings of the investigators assigned do not match up. Dupin takes the investigation upon himself, and begins to seek out the truth in this odd circumstances.

This story is one of the earliest mysteries written with a focus on the investigation being solved through thorough analysis and practical thinking. Poe’s focus on the rationality and informed analysis has informed the works of many mystery writers to follow, including Sir Arthur Conan Doyle and Agatha Christie. It is a fascinating look at a character’s persistence to seek out every last mysterious detail in the interest of truth and justice.
More information about the audiobook:
Publisher: InAudio
Published: 2020-08-04
ISBN: 9781094244228
1H 20Min
English
3
Category: Crime

Masque of the Red Death

Something Wicked This Way Comes

Short Stories by Anton Chekhov Volume 7: The Bet and Other Stories

The Body in the Library