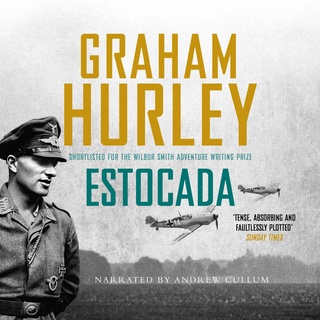 Author: Graham Hurley
Narrator: Andrew Cullum
Format: Audiobook
13H 28Min
English
3
1937. Flying for the infamous Condor Legion over the battlefields of Spain's civil war, Merz has been able to unleash the fearsome potential of the Luftwaffe's newest weapon against his opponents. In Dieter's hands, the Messerschmitt Bf-109 is as graceful as a matador's killing strike: la estocada. Scotsman and ex-marine Tam Moncrieff is recruited by a nameless intelligence agency in London to go to Germany and sound out Hitler's resolve. Does he really intend to invade Czechoslovakia? Do his generals support him? Can the march to war be stopped? As duty collides with conscience, fate will bring both men together. In a world wedded to violence and ambition, desperate steps must be taken. To avoid war a killing strike is needed: la estocada. The question is, who is the matador, who is the bull?

The Key to Rebecca

The Star of Istanbul