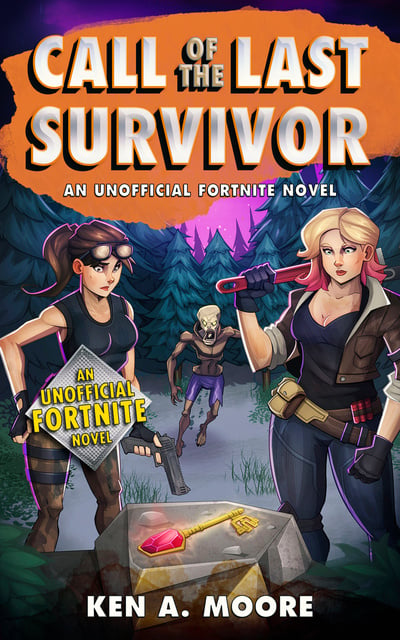 Call of the Last Survivor: An Unofficial Fortnite Novel

Call of the Last Survivor: An Unofficial Fortnite Novel

Can Mikaleh lead her squad through The Storm to a mysterious secret rendezvous in Canny Valley? An exciting novel for fans of Fortnite!

Will Mikaleh and her friends unravel the mystery of the ruby key and discover who—or what—is the Lone Survivor? Of all the squads in what remains of the known world—that is, after the onset of “The Storm” and the mysterious zombie hordes that came with it—no squad has a reputation like Squad #43! Helmed by the valiant Mikaleh (a mighty Soldier) and her sidekick Janet (a stalwart and even-tempered Constructor), they’re known across the multiverse of servers as the deadliest dispatchers of Mist Monsters and Husks in all the land. Their reputation for finding and freeing survivors is unmatched, and they’re second-to-none when it comes to discovering clever tricks and secrets.

Rounded out by Sam (an Outlander) and Sammy (a Ninja)—a quirky pair who fight like brothers but always reconcile like best friends—Squad #43 seems on an unstoppable trajectory to combat The Storm and restore the world, bit by bit, to something like its former self. Yet Mikaleh can hardly believe her eyes when she returns to base camp one morning—after a long evening of satisfying zombie-killing—to find that the Husks appear to have. . . reached out to them!

A mysterious message, seeming to be from the very monsters themselves, urges Squad #43 to attend a secret rendezvous in Canny Valley, where more will be revealed. Never one to turn down a mystery, Mikaleh soon finds her squad plunged into a strange intrigue beyond her wildest dreams . . .