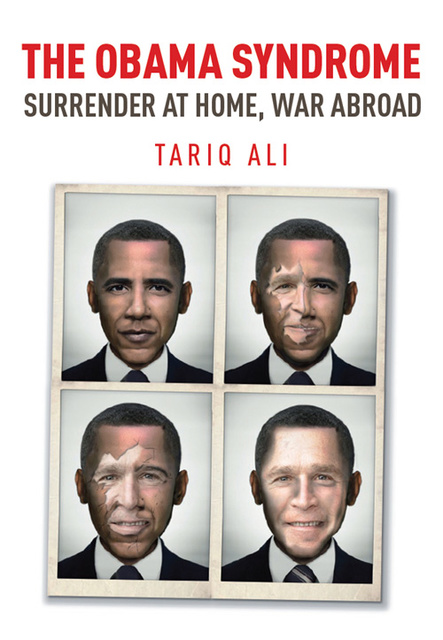 A prescient dissection of Obama’s overseas escalation and domestic retreat, fully updated.
Written early in 2010 and initially published in September 2010, The Obama Syndrome predicted the Obama administration’s historic midterm defeat. But unlike myriad commentators who have since pinned responsibility for that Democratic Party collapse on the “reform” president’s lack of firm resolve, Ali’s critique located the problem in Obama’s notion of reform itself. Barack Obama campaigned for the presidency by promising to escalate the war in Afghanistan, and his economic team brought the architects of the financial crisis into the White House. Small wonder then that the “War on Terror”—torture in Bagram, occupation in Iraq, appeasement in Israel, and escalation in Pakistan—continues. And that Wall Street and the country’s biggest corporations have all profited at the expense of America’s working class and poor.

Now a thoroughly updated paperback continues the story through the midterms, including a trenchant analysis of the Tea Party, and Obama’s decision to continue with his predecessor’s tax cuts for the rich. Ali asks whether—in the absence of a progressive upheaval from below—US politics is permanently mired in moderate Republicanism. Already called “a comprehensive account” of the problems with Obama (The Huffington Post), this new edition is sure to provide a more “powerful boost to Obama dissenters on the left” (Pittsburgh Post-Gazette).