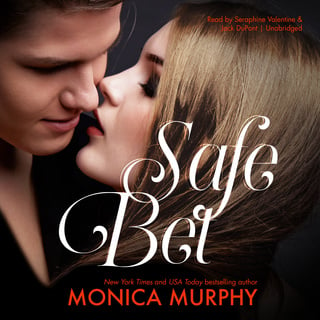 Höfundur: Monica Murphy
Lesari: Seraphine Valentine, Jack DuPont
Snið: Hljóðbók
6Klst. 28Mín
enska
3,77
Sydney Walker’s new job is perfect. As the live-in nanny to the most famous quarterback in the NFL and his beautiful wife, she couldn’t have it any better. Their kids are adorable. Her bosses are more than generous. Plus, there are hot football players at the house all the time. Life can’t get much better than this.

Until her life turns into an absolute nightmare. The media is abuzz with rumors that she and her boss Drew Callahan are having a torrid affair. Everyone knows the truth―except the public. So Drew’s wife Fable comes up with the perfect idea.

She creates a fake relationship between Sydney and one of the rookie players on Drew’s team. Wade Knox is forever indebted to Drew and Fable and readily agrees to the set up. Pretending to be in a romantic relationship with the hot nanny for a week―how hard can it be?