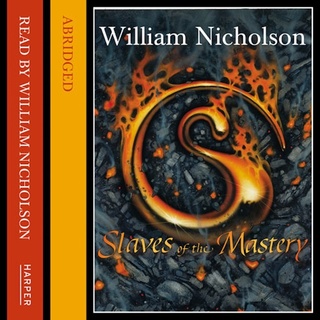 Every time I touch the future I grow weaker. My gift is my disease. I shall die of prophecy.

Five years have passed. The city of Aramanth has become kinder – weaker.

When the ruthless soldiers of the Mastery strike, the city is burned, and the Manth people are taken into slavery. Kestrel Hath is left behind, separated from her beloved brother Bowman, and vowing revenge.

Now Kestrel must find Bowman again, and Bowman mus learn the secrets of the Singer people. Only then will they break the power of the Mastery.
Meiri upplýsingar um hljóðbókina:
Útgefandi: HarperCollins
Útgefið: 2012-12-06
ISBN: 9780007508723
3Klst. 16Mín
enska
2,92
Flokkur: Barnabækur
Seríur: The Wind on Fire Trilogy: 2
9 til 12 ára Fantasía Ævintýri

The Thickety: The Whispering Trees

Oliver Blue and the School for Seers: The Scepter of Fire (Book Four)