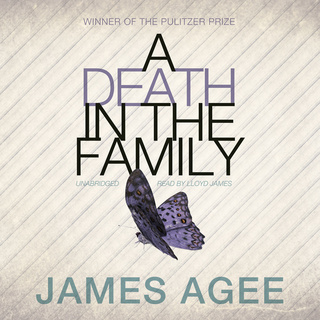 Höfundur: James Agee, Gary M. Douglas & Donnielle Carter
Lesari: Lloyd James
Snið: Sem hljóðbók
10Klst. 30Mín
enska
3,7
Decades after its original publication, James Agee’s last novel seems, more than ever, an American classic. For in his lyrical, sorrowful account of a man’s death and its impact on his family, Agee painstakingly created a small world of domestic happiness and then showed how quickly and casually it could be destroyed.

On a sultry summer night in 1915, Jay Follet leaves his house in Knoxville, Tennessee, to tend to his father, whom he believes is dying. The summons turns out to be a false alarm, but on his way back to his family, Jay has a car accident and is killed instantly. Dancing back and forth in time and braiding the viewpoints of Jay’s wife, brother, and young son, Rufus, Agee creates an overwhelmingly powerful novel of innocence, tenderness, and loss that should be read aloud for the sheer music of its prose.
Meiri upplýsingar um hljóðbókina:
Útgefandi: Blackstone Publishing
Útgefið: 2012-02-14
ISBN: 9781481589567
10Klst. 30Mín
enska
3,7
Flokkur: Klassískar bókmenntir
Sígildar sögulegar bókmenntir Pulitzer-verðlaun Best by TIME Magazine