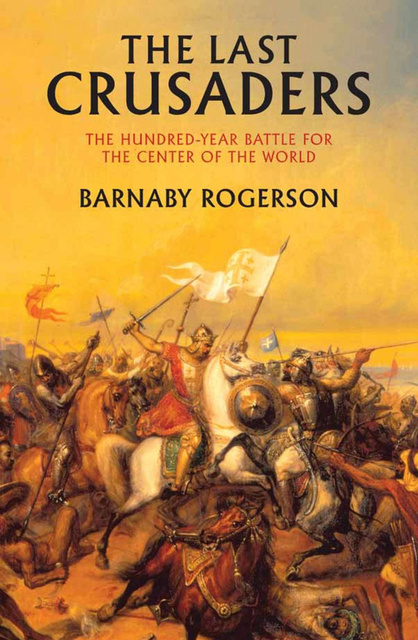 The Last Crusaders: East, West, and the Battle for the Center of the World

The Last Crusaders: East, West, and the Battle for the Center of the World

The Crusades were the bridge between medieval and modern history, between feudalism and colonialism. In many ways, the little explored later Crusades were the most significant of them all, for they made the crisis truly global. The Last Crusaders is about the period's last great conflict between East and West, and the titanic contest between Habsburg-led Christendom and the Ottoman Empire in the fifteenth and sixteenth centuries.

From the great naval campaigns and the ferocious struggle to dominate the North African shore, the conflict spread out along trade routes, consuming nations and cultures, destroying dynasties, and spawning the first colonial empires in South America and the Indian Ocean. The Last Crusaders is narrative history at its richest and most compelling.

REVIEW:
"This is an ambitious project and The Last Crusaders provides narrative history on the grand scale." --Daily Telegraph

"Barnaby Rogerson paints a vivid canvas, sweeping n scope and full of memorable detail...The author is especially good at narrating in gripping, and often grisly, detail the great sieges and battles that punctuated this struggle. The book is furnished with excellent maps, a useful chronological chart, numerous illustrations, and a very full bibliography. The writing is engaging and vivid, never pedantic. Any history buff will find this book a pleasure." -ForeWord Review

"Rogerson's narrative colors the conflicts of the sixteenth century with the derring-do of kings, corsair, and crusaders; this book will keep readers up long past bedtime" -- Foreword Magazine

STARRED REVIEW
"The Last Crusaders is a fascinating history of the great conflict between Christianity and Islam from the mid-140s to the mid-1500s...Rogerson proves himself a skillful storyteller as he recounts the deeds and misdeeds of both sides." -Internet Review of Books