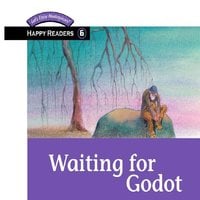 Who on earth is Godot? What are the characters in the play doing waiting for Godot? Is the play a tragedy or a comedy? The characters exchange pointless dialogue on a stage where just one tree stands. All things considered, is this a dramatic performance?

On January 5, 1953, which the first performance of Beckett's work took place at the small theater Babylon in Paris, no one expected the drama to achieve the success that it did. In fact, many producers had already turned down the script for Waiting for Godot.

However, when a review appeared in the newspaper Figaro that said the work was like “Pascal’s Meditation played by acrobatic performers, " larger audiences began turning up for the performances. The content and method were different from the existential works of the time, so the play made a fresh impact on the audience. Newspapers and broadcasters tried to grasp the meaning of the play through interviews with Beckett.

Some interpreted the name “Godot” to be a combination of “God” in English and Dieu, meaning “God, ” in French. But Beckett made it clear that the characters in his work were not seeking God. Nor did they seek philosophy or thought. He just hoped that the audience would enjoy the play and laugh heartily. He believed that, after having a good laugh at the theater that, on their way home, it was up to the audience members as to whether or not that would think seriously about life.