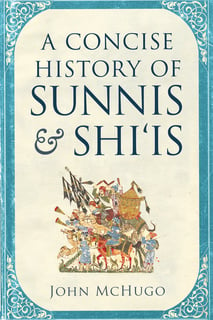 A Concise History of Sunnis and Shi'is

A Concise History of Sunnis and Shi'is

Scritto da: John McHugo
Formato: E-book
Inglese
5
The 1,400-year-old schism between Sunnis and Shi’is is currently reflected in the destructive struggle for hegemony between Saudi Arabia and Iran—with no apparent end in sight. But how did this conflict begin, and why is it now the focus of so much attention?

Charting the history of Islam from the death of the Prophet Muhammad to the present day, John McHugo describes the conflicts that raged over the succession to the Prophet, how Sunnism and Shi’ism evolved as different sects during the Abbasid caliphate, and how the rivalry between the Sunni Ottomans and Shi’i Safavids ensured that the split would continue into the modern age. In recent decades, this centuries-old divide has acquired a new toxicity that has resulted in violence across the Arab world and other Muslim countries.

Definitive, insightful, and accessible, A Concise History of Sunnis and Shi'is is an essential guide to understanding the genesis, development, and manipulation of the schism that for far too many people has come to define Islam and the Muslim world.
Più informazioni
Editore: Georgetown University Press
Pubblicato: 2018-04-02
ISBN: 9781626165885
Inglese
5
Categoria: Religione e Spiritualità
Medioriente Islam Relazioni internazionali e globalizzazione

Letters to a Young Muslim

A History of Jewish-Muslim Relations: From the Origins to the Present Day

The Essence of Sufism

The Everything Understanding Islam Book: A complete guide to Muslim beliefs, practices, and culture

That Can Be Arranged: A Muslim Love Story

Warlike Christians in an Age of Violence