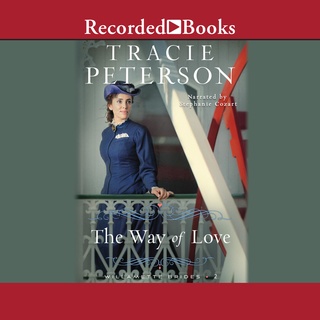 The Way of Love

The Way of Love

Scritto da: Tracie Peterson
Letto da: Stephanie Cozart
Formato: Audiolibro
10H 13Min
Inglese
Newly arrived in Portland to finish her studies as a doctor at Willamette University's medical college, thirty-year-old Faith Kenner is glad to be near family again at her cousin Nancy's boardinghouse. But the proximity is bittersweet, stirring up the desire for a family of her own–a longing that the secrets she harbors will never permit.

When she stumbles into handsome riverboat captain Andrew Gratton, who has been injured defending a Native working on his ship, she surprises him by expertly tending his wound and praising his conviction. A fast friendship forms, but Faith is careful to quell her hopes for something more.

Instead, she joins her fellow students in putting together lectures to speak out against Oregon's racist laws and policies–actions that garner the dangerous attention of powerful men who have other plans for their state. Soon Faith is caught in the middle of a plot to push the local Indian tribes to rebel, and her family is threatened. Will the harm these men intend be her undoing, or is it simply the mysterious path God has her on to bring the truth–and her hearts desires–to light?
Più informazioni
Editore: Recorded Books, Inc.
Pubblicato: 2020-06-02
ISBN: 9781980087007
10H 13Min
Inglese
Categoria: Romance

A Bride of Convenience

The Number of Love

A Return of Devotion

On Wings of Devotion

A Most Noble Heir

How Sweet It Is

A Pursuit of Home