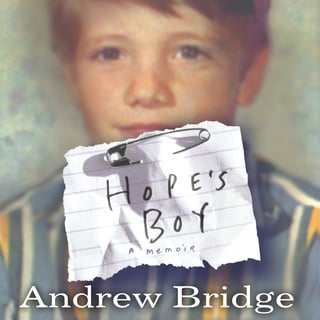 Scritto da: Andrew Bridge
Letto da: David Drummond
Formato: Audio
10H 25Min
Inglese
4,45
When Andrew Bridge was seven years old, he and his mother-a mentally unstable woman who loved her child more than she could care for him-slid deeper and deeper into poverty, until they were reduced to scavenging for food in trash bins. Welfare officials did little more than threaten to take Andrew away, until a social worker arrived with a police escort and did just that while his mother screamed on the sidewalk. And so began Andrew's descent into the foster care system-"care" being a terrible irony, as he received almost none for the next eleven years.

Academic achievement was Andrew's ticket out of hell-a scholarship to Wesleyan University led to Harvard Law School and a Fulbright Scholarship. Now an accomplished adult, he has dedicated his life to working on behalf of the frightened children still lost in the system. Hope's Boy is his story, a story of endurance and the power of love and, most of all, of hope.
Più informazioni
Editore: Tantor Audio
Pubblicato: 2008-02-19
ISBN: 9781400176069
10H 25Min
Inglese
4,45
Categoria: Biografie
Ricordi

Memoirs of an Invisible Child

CinderGirl: My Journey Out of the Ashes to a Life of Hope

Wounds of the Father: A True Story of Child Abuse, Betrayal, and Redemption

A Boy Without Hope

Freedom: My Book of Firsts

Under the Influence - Reclaiming my Childhood

I Am A Heroin Addict

Secret Slave: Kidnapped and abused for 13 years. This is my story of survival

An Only Child and Her Sister: A Memoir

The Family Next Door: The Heartbreaking Imprisonment of the 13 Turpin Siblings and Their Extraordinary Rescue

Running in Circles: A Memoir

Playing Dead: A Memoir of Terror and Survival