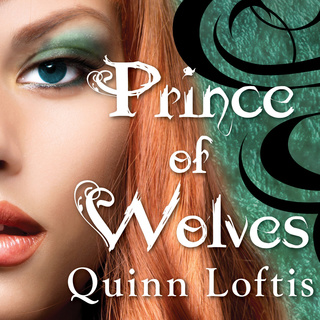 Scritto da: Quinn Loftis
Letto da: Abby Craden
Formato: Audio
8H 17Min
Inglese
4
Jacque Pierce was just an ordinary seventeen-year-old girl getting ready to start her senior year of high school in Coldspring, Texas. When a mysterious foreign exchange student from Romania moves in across the street, Jacque and her two best friends Sally and Jen don't realize the last two weeks of their summer are going to get a lot more interesting. From the moment Jacque sets eyes on Fane she feels an instant connection, a pull like a moth to a flame. Little does she know that the flame she is drawn to is actually a Canis Lupus, werewolf, and she just happens to be his mate, the other half of his soul.

The problem is, Fane is not the only wolf in Coldspring, Texas. Just as Fane and Jacque are getting to know each other, another wolf steps out to try and claim Jacque as his mate. Fane will now have to fight for the right to complete the mating bond, something that is his right by birth but is being denied him by a crazed Alpha. Will the love Fane has for Jacque be enough to give him the strength to defeat his enemy, and will Jacque accept that she is Fane's mate and complete the bond between them?
Più informazioni
Editore: Tantor Audio
Pubblicato: 2013-04-15
ISBN: 9781452682587
8H 17Min
Inglese
4
Categoria: Romance
Serie: Grey Wolves: 1
Romance

Scent of a Mate

Flirting Under a Full Moon

The Lost and the Chosen