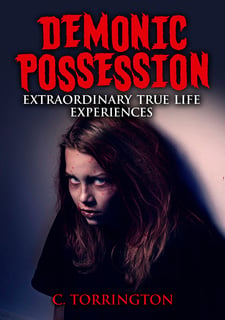 Scritto da: C. Torrington
Formato: e-book
Inglese
1
The idea of people possessed by evil spirits against their will is as old as the hills. Often there is thought to be a special way a person has become possessed. It might be the result of a curse cast on them by a sorcerer, or some unfortunate mishap such as stepping over a dead body. Or the demons can have been invited, in a Satanic ritual. More often, at least in recent Christian tradition, there is no initiating moment that can be identified - they just find their way in, like disease. From Pearl Curran, a housewife living in St Louis, Missouri, who soared to fame in the second decade of the 20th century as the amanuensis of 'Patience Worth', a writer who had died in the 17th century, to victims of Dissociative Personality Disorder (thought to have inspired Dr Jekyll & Mr Hyde), this book examines demonic possession from every angle.
Più informazioni
Editore: Arcturus
Pubblicato: 2016-01-15
ISBN: 9781784281403
Inglese
1
Categoria: Religione e Spiritualità

Becoming Supernatural: How Common People Are Doing The Uncommon

An Exorcist Explains the Demonic: The Antics of Satan and His Army of Fallen Angels

The Wheel of Time

The Path of Alchemy: Energetic Healing & the World of Natural Magic

Paradoxes of the Highest Science

Where to Park Your Broomstick

Awakening to the Spirit World: The Shamanic Path of Direct Revelation

How to Be a Psychic: A Practical Guide

A Shaman’s Miraculous Tools for Healing

The Kybalion: The Masterwork of Esoteric Wisdom for Living With Power and Purpose