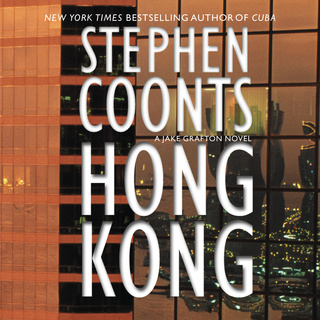 Admiral Jake Grafton takes his wife, Callie, along when the U.S. government sends him to Hong Kong to find out how deeply the American consul-general is embedded in political money raising scandal. And why not? Jake and Callie met and fell in love in Hong Kong during the Vietnam War, and the consul-general is a friend from those days.

The Graftons quickly discover, however, that Hong Kong is a powder keg ready to explode. A political muder and the closure of a foreign bank by the communist government are the sparks that light the fuse.

When Callie is kidnapped by a rebel faction, Jake finds himself drawn into the vortex of a high-tech civil war. To save his wife, he must figure out whom he can trust -- both among the Western factionsvying for control of the volatile situation, and amoung the Chinese patriots fighting for their nation's future -- and make sure the right side wins.
Più informazioni
Editore: HarperAudio
Pubblicato: 2007-08-28
ISBN: 9780061126017
14H 9Min
Inglese
3,25
Categoria: Thriller

Path of the Assassin