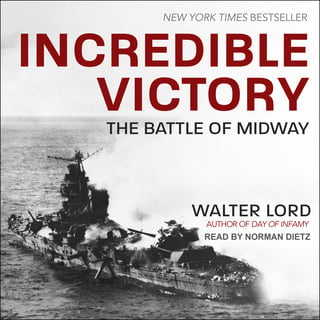 On the morning of June 4, 1942, doom sailed on Midway. Hoping to put itself within striking distance of Hawaii and California, the Japanese navy planned an ambush that would obliterate the remnants of the American Pacific fleet. On paper, the Americans had no chance of winning. They had fewer ships, slower fighters, and almost no battle experience. But because their codebreakers knew what was coming, the American navy was able to prepare an ambush of its own.

Prompt and Utter Destruction: Truman and the Use of Atomic Bombs against Japan, Third Edition

Pacific Payback: The Carrier Aviators Who Avenged Pearl Harbor at the Battle of Midway

D-Days in the Pacific