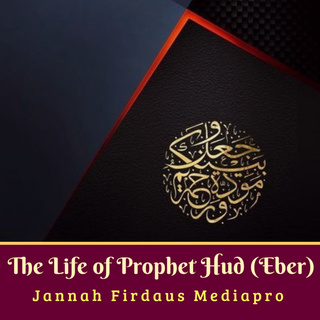 The Life of Prophet Hud (Eber)

The Life of Prophet Hud (Eber)

Scritto da: Jannah Firdaus Mediapro
Letto da: Maghfirah Maulany Aqmarina
Formato: Audiolibro
16Min
Inglese
5
Prophet Hud (Eber) was a prophet of ancient Arabia mentioned in The Holy Quran. The eleventh chapter of The Holy Quran, Hud, is named after him, though the narrative of Hud comprises only a small portion of the chapter. Prophet Hud (Pbuh) has sometimes been identified with Eber, an ancestor of the Israelites who is mentioned in the Old Testament.

The people of 'Ad lived many years in the windswept hills of an area between Yemen and Oman. They were physically well built and renowned for their craftsmanship especially in the construction of tall buildings with lofty towers. They were outstanding among all the nations in power and wealth, which, unfortunately, made them arrogant and boastful. Their political power was held in the hand of unjust rulers, against whom no one dared to raise a voice.

They were not ignorant of the existence of Allah SWT (God), nor did they refuse to worship Him. What they did refuse was to worship Allah SWT alone. They worshipped other gods, also, including idols. This is one sin Allah SWT (God) does not forgive. Allah SWT wanted to guide and discipline these people so He sent a prophet from among them. This prophet was Prophet Hud (Eber), a noble man who handled this task with great resoluteness and tolerance.
Più informazioni
Editore: Author's Republic
Pubblicato: 2018-11-14
ISBN: 9781982728564
16Min
Inglese
5
Categoria: Religione e Spiritualità

Misquoting Muhammad: The Challenge and Choices of Interpreting the Prophet’s Legacy

The Qur'an: A Biography

The Truth about Muhammad

Judaism, Christianity and Islam: The Monotheists

The Sealed Nectar: Biography of the Noble Prophet