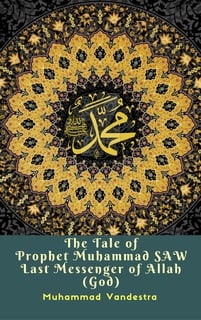 Scritto da: Muhammad Vandestra
Formato: E-book
Inglese
5
Prophet Muhammad SAW from Mecca, unified Arabia into a single religious polity under Islam faith. Believed by Muslims to be a prophet and messenger of Allah SWT (God), Muhammad is almost universally considered by Muslims as the last prophet sent by God to mankind. While non-Muslims generally regard Muhammad as the founder of Islam, Muslims consider him to have restored the unaltered original monotheistic faith of Prophet Abraham, Prophet Moses, Prophet Jesus and other prophets.

Born approximately in 570 CE in the Arabian city of Mecca, Prophet Muhammad SAW was orphaned at an early age; he was raised under the care of his paternal uncle Abu Talib. After his childhood Muhammad primarily worked as a merchant.

Occasionally he would retreat to a cave in the mountains for several nights of seclusion and prayer; later, at age 40, he reported at this spot, that he was visited by Angel Gabriel and received his first revelation from Allah SWT (God). Three years after this event Prophet Muhammad SAW started preaching these revelations publicly, proclaiming that "God is One".
Più informazioni
Editore: Dragon Promedia
Pubblicato: 2017-12-02
ISBN: 9781387118830
Inglese
5
Categoria: Religione e Spiritualità

Searching For God And Finding Allah

The Messenger of Allah

The Sealed Nectar: Biography of the Noble Prophet

The Koran and the life of the prophet Muhammad

The Speeches & Table-Talk of the Prophet Mohammad

Inheriting Abraham: The Legacy of the Patriarch in Judaism, Christianity, and Islam

How to Talk to Anybody, Anytime, Anywhere

Get Smart: How to Think and Act Like the Most Successful and Highest-Paid People in Every Field

An Introduction to the History of Western Europe