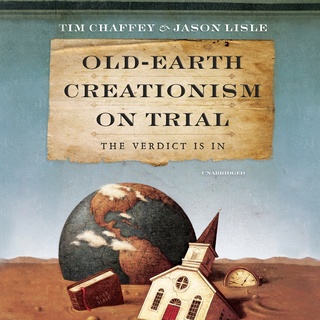 Scritto da: Tim Chaffey, Jason Lisle
Letto da: Jonathan Ross
Formato: Audio
7H 45Min
Inglese
1
“Twentysomethings once faithfully attended church. What made them stop? While most said they still believe that the Bible is God’s Word, they also said that the idea that the earth is millions of years old was one thing that caused them to doubt the Bible. The crumbling foundation of the church takes a devastating toll on future generations. Therefore, churches must reclaim the historical truth found in Genesis and apply the Bible’s authority to every area of life.” —Ken Ham, president, Answers in Genesis

As the modern church struggles to find a place of relevancy for a new generation that already has massive demands on its time and attention, more and more young people raised in the church are leaving it—failing to find the answers to their questions of faith and life, beset with doubts raised by issues that the church chooses not to address. Opting to skirt the controversy of Genesis as literal history, the biblical authority of the Holy Word is called into question and reduced to a collection of mere stories. More popularly considered an issue for schools or in the public realm, the conflicting views on the age of the earth also remain a pivotal issue within the church—as it has for over two centuries.
Was the Creation week literally six days?Does science really point to an old earth?Does the issue really matter for Christians?Should this issue even be discussed within the church?
Join authors Dr. Jason Lisle and Tim Chaffey as they put forth a case against an old-earth interpretation of Scripture. A comprehensive biblical, theological, and scientific critique of old-earth creationism, the book presents its compelling testimony in layman’s terms to create a powerful debate that leads to unquestionable truth.
Più informazioni
Editore: Blackstone Publishing
Pubblicato: 2019-06-25
ISBN: 9781982696986
7H 45Min
Inglese
1
Categoria: Religione e Spiritualità

No God but One: Allah or Jesus?

The Logic of God

The Gospel of the Son of God: An Introduction to Matthew

Faith Is for Weak People: Responding to the Top 20 Objections to the Gospel

Satan Fears You’ll Discover Your True Identity: Do You Know Who You Are?

The New Testament in Its World: Audio Lectures, Part 2 of 2

Philosophical Foundations for a Christian Worldview

Institutes of the Christian Religion