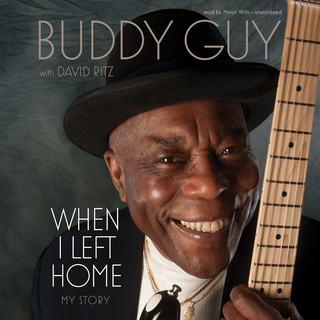 Autor: Buddy Guy
Narrador: Mirron Willis
Formato: Audiolibro
7H 27M
Inglés
4,5
According to Eric Clapton, John Mayer, and the late Stevie Ray Vaughn, Buddy Guy is the greatest blues guitarist of all time. An enormous influence on these musicians as well as on Jimi Hendrix, Jimmy Page, and Jeff Beck, he is the living embodiment of Chicago blues.

Guy’s epic story stands at the absolute nexus of modern blues. He came to Chicago from rural Louisiana in the fifties—the very moment when urban blues were electrifying our culture. He was a regular session player at Chess Records. Willie Dixon was his mentor. He was a sideman in the bands of Muddy Waters and Howlin’ Wolf. He and Junior Wells formed a band of their own. In the sixties, he became a recording star in his own right.

When I Left Home tells Guy’s picaresque story in his own words, those of a storyteller who remembers everything, including blues masters in their prime and the exploding, evolving culture of music that happened all around him.
Editorial: Blackstone Publishing
Publicado: 2012-05-08
ISBN: 9781481591041
7H 27M
Inglés
4,5
Categoría: Biografía

My Cross to Bear

Wishing on the Moon

So Many Roads: The Life and Times of the Grateful Dead

Rocks: My Life In and Out of Aerosmith

Dirty Blvd.: The Life and Music of Lou Reed