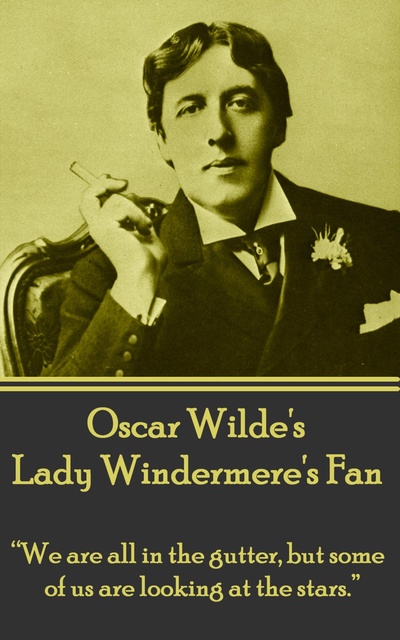 Lady Windemere's Fan: “We are all in the gutter, but some of us are looking at the stars.”

Lady Windemere's Fan: “We are all in the gutter, but some of us are looking at the stars.”

Oscar Wilde’s Lady Windemere’s Fan is a four-act comedy of manners set in London. It centers around the character of Lady Windermere who suspects that her husband may be having an affair with an older beautiful woman named Mrs Erlynne. Instead of leaving the other woman, the husband pays no heed to his wife’s complaints. He even invites Mrs Erlynne to attend a celebration in their house, which eventually pushes his wife to leave him and follow another man who has always been expressing his admiration for her. When Mrs Erlynne learns the story, she goes to Lady Windermere and tries to persuade her to return to her husband. In the climactic scene of the play, Mrs Erlynne follows her to her admirer’s room and informs her that she is actually her own mother. It turns out that, many years ago, Mrs Erlynne herself has gone through an imbroglio and divorced, being the victim of social prejudices against women. Lord Windermere has actually been hiding the truth from everybody, including his wife, in an attempt to help Mrs Erlynne to recover a respectable place in the London society.