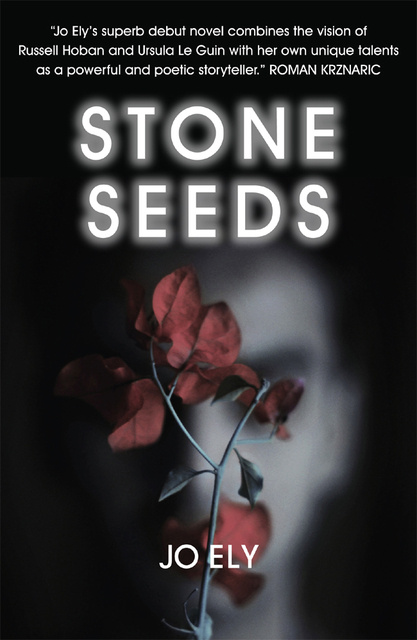 Nothing is quite as it appears in New Bavarnica. Everything is run by The General, alongside his collaborator, the village shopkeeper. The General rules by menace and unimaginable cruelties – everyone in Bavarnica knows their place and is kept in it.

Everyone that is except Antek, the Egg Boy, a government-made machine with a chink in his system.

Everyone except Zorry the slave, who spends her nights hunting lethal plants in the killing forest.

Everyone except Jengi, the shopkeeper’s ‘tame’ assistant, and last surviving member of the notorious Digger tribe. Together, can they find the courage to fight back?

STONE SEEDS is a beautifully crafted dystopian action thriller. Its all too real characters must use every last ounce of their courage, ingenuity and flawed humanity to keep hope alive in a world gripped by fear.