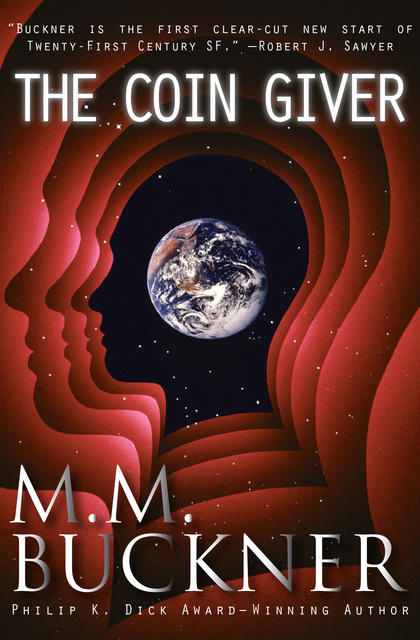 In a future of AI and clones, identity is at risk. A cyberpunk thriller from the “first clear-cut new star of twenty-first-century SF” (Robert J. Sawyer).

In the 23rd century, the Earth's surface is devastated by global warming, and corporations exploit billions of poverty-stricken employees whose lifetime contracts they own. Richter Jedes, the rich powerful CEO of ZahlenBank, wants to live forever—so he makes two copies of himself. One is an evolved Artificial Intelligence imprinted with his personality. The other is a perfect clone named Dominic, whom he raises as his son. When Richter suddenly dies, his son Dominic is left to deal with a terrible crisis which threatens ZahlenBank. And though Dominic loathes the egotistical A. I. masquerading as his father, they need each other's help to save the bank. Which of them is the true copy, and which is fake? Do they have free will, or are their destinies programmed in their source code? And, most important of all, does individual identity still have any meaning?

This book was originally published under the title Neurolink.