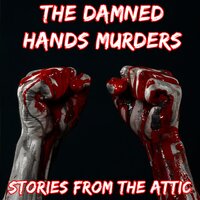 “Usually, when you find physical evidence at a murder scene, it helps the investigation. It points the police in the direction of the suspects and most of the time helps them to solve and close the case. So, when a body turns up with its head smashed in, the first thing the detectives do is search for evidence. When a hammer covered in blood stained fingerprints is found, the case seems on its way to being solved, until it is revealed to whom those fingerprints belong.

On paper, it should be easy. A hammer covered in prints, prints linked to someone in the system, someone who has a history of violence and has even been suspected of murder before. It should be easy, but it’s not, because as well as having a record, this same someone also happens to be dead.

How can a dead man commit murder? How can he leave evidence at the scene and call the victim’s relatives after the fact? Are these murders related to the strange rituals and dabblings with the occult taken by a known criminal?

The Damned Hands is a story of murder, haunting, and the occult, where following the evidence, leads to some very dark places indeed.