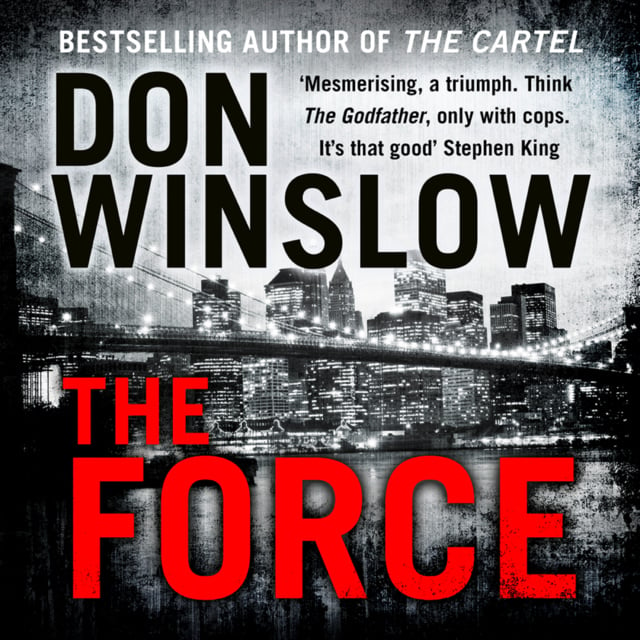 ‘Probably the best cop novel ever written’ Lee Child
From the New York Times bestselling author of The Cartel – winner of the Ian Fleming Steel Dagger Award for Best Thriller of the Year – comes The Force, a cinematic epic as explosive, powerful, and unforgettable as The Wire.

Everyone can be bought. At the right price…

Detective sergeant Denny Malone leads an elite unit to fight gangs, drugs and guns in New York. For eighteen years he’s been on the front lines, doing whatever it takes to survive in a city built by ambition and corruption, where no one is clean.

What only a few know is that Denny Malone himself is dirty: he and his partners have stolen millions of dollars in drugs and cash. Now he’s caught in a trap and being squeezed by the FBI, and he must walk a thin line of betrayal, while the city teeters on the brink of a racial conflagration that could destroy them all.

Don Winslow’s latest novel is a haunting story of greed and violence, inequality and race, and a searing portrait of a city on the edge of an abyss. Full of shocking twists, this is a morally complex and riveting dissection of the controversial issues confronting society today.

‘There won’t be a better cop novel this year than The Force by Don Winslow. Not next year, or the year after that, either’ Linwood Barclay

‘Mesmerizing, a triumph. Think The Godfather, only with cops. It’s that good’ Stephen King

‘Nobody understands the disaster of corruption better than Don Winslow. The Force exposes the dawning horror of how it eats into the best intentions’ Val McDermid, No.1 bestselling author of Out of Bounds 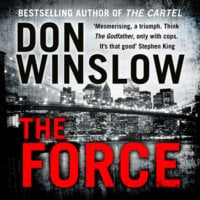