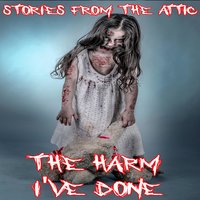 The first time I took revenge on Malcolm Peters I have to admit, I regretted it. Not that he didn't deserve it you understand. There was definitely justification for what I did, but somehow, it felt awkward staining, and wrong.

It wasn't even really about him or any concern for how my actions would have affected him. Rather, it was more about me, the way that taking those actions made me feel. That first time, the pleasure in revenge was momentary and pretty soon I began to feel regret at having debased myself, allowing myself to be dragged down to that level. There had been enough of that sort of thing in our family already.

The second time, the final time, I felt no remorse. What happened, happened. Nothing can be done about it now and of course, there is no way to prove that I or Ciaco had anything to do with it.

I first met Peters in the summer and under the most in-glamorous of circumstances. Taking the job at the burger joint hadn't really been a choice but a necessity. It’s funny, but even now I remember as a kid, visiting the place and watching the staff. Teenagers sprinting from one task to another whilst disgruntled customers on the other side of the counter screamed at them.

I remember thinking that I would hate to...