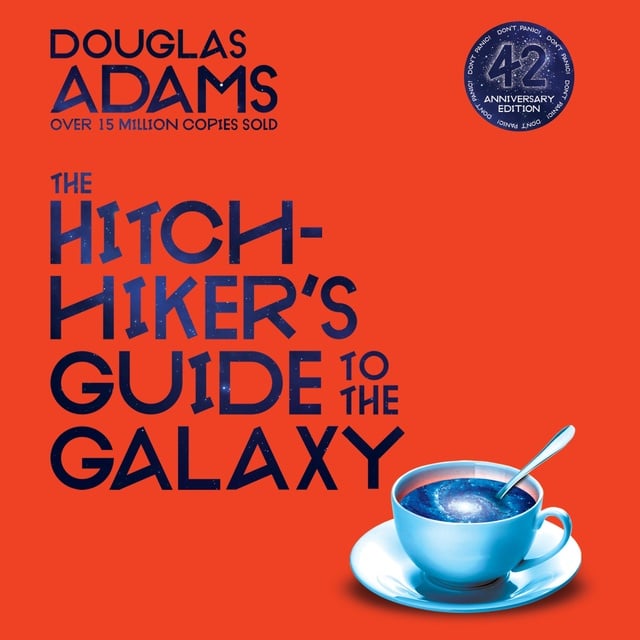 The intergalactic adventures of Arthur Dent begin in the first volume of the 'trilogy of five', Douglas Adams' comedy sci-fi classic The Hitchhiker's Guide to the Galaxy, read by Stephen Fry.

'One of the greatest achievements in comedy. A work of staggering genius' - David Walliams

'By turns authoritative as the narrator, bemused as Arthur Dent, deadpan as Ford Prefect and manic as Zaphod Beeblebrox, he [Stephen Fry] makes an altogether appropriate reader' - The Times

On 12 October 1979 the most remarkable book ever to come out of the great publishing corporations of Ursa Minor (and Earth) was made available to humanity – The Hitchhiker's Guide to the Galaxy.

It's an ordinary Thursday lunchtime for Arthur Dent until his house gets demolished. The Earth follows shortly afterwards to make way for a new hyperspace bypass and his best friend has just announced that he's an alien. At this moment, they're hurtling through space with nothing but their towels and an innocuous-looking book inscribed with the big, friendly words: DON'T PANIC.

The weekend has only just begun . . .

Follow Arthur Dent's galactic (mis)adventures in the rest of the trilogy with five parts: The Restaurant at the End of the Universe, Life, the Universe and Everything, So Long, and Thanks for All the Fish, and Mostly Harmless. 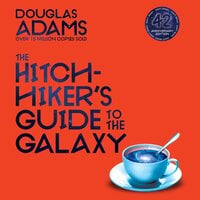