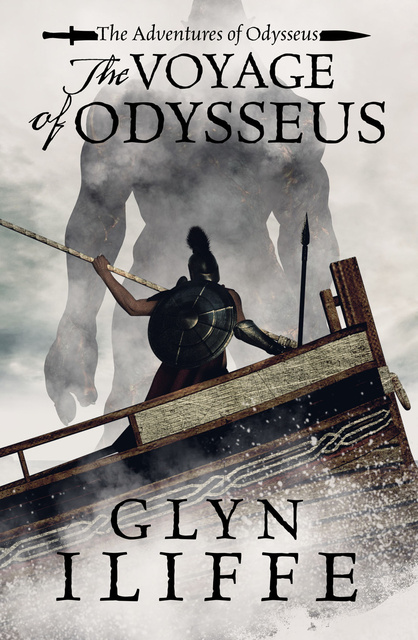 The Voyage of Odysseus

The Voyage of Odysseus

Odysseus’s greatest challenge is only just beginning
The armies of Troy have been defeated and the city lies in ruins. His oath fulfilled, Odysseus can at last sail for Ithaca and the long-awaited reunion with his family. But the gods, who were once his allies, have turned against him.

Exiled with the warrior Eperitus, he is thrust into a world of seductive demi-gods and man-eating monsters. As they struggle from one supernatural encounter to another, never knowing what the next landfall will bring, their chances of ever returning home grow fainter.

Tensions reach breaking point between Odysseus and his crew. Even the faithful Eperitus’s loyalties are divided. Eventually only one hope remains. For Odysseus to see his wife and son again, he must tread the paths of the dead and descend into the pits of Hell itself…
The Adventures of Odysseus
1. King of Ithaca
2. The Gates of Troy
3. The Armour of Achilles
4. The Oracles of Troy
5. The Voyages of Odysseus
6. Return to Ithaca
Praise for Glyn Iliffe
‘It has suspense, treachery, and bone-crunching action… will leave fans of the genre eagerly awaiting the rest of the series’ Times Literary Supplement

'This is a must read for those who enjoy good old epic battles, chilling death scenes and the extravagance of ancient Greece’ Lifestyle Magazine

‘The reader does not need to be classicist to enjoy this epic and stirring tale. It makes a great novel’ Historical Novels Review

‘I found it utterly fascinating, the historic detail was excellent. This was an easy and enjoyable read, and I am looking forward to the next instalments. As a personal read I can absolutely recommend it’ Book Talk Bournemouth

‘An exciting story with plenty of action, and the requisite supernatural elements … if you are a fan of writers like Bernard Cornwell, Simon Scarrow and Conn Iggulden you will enjoy this.’ Rachel Hyde, Myshelf.com