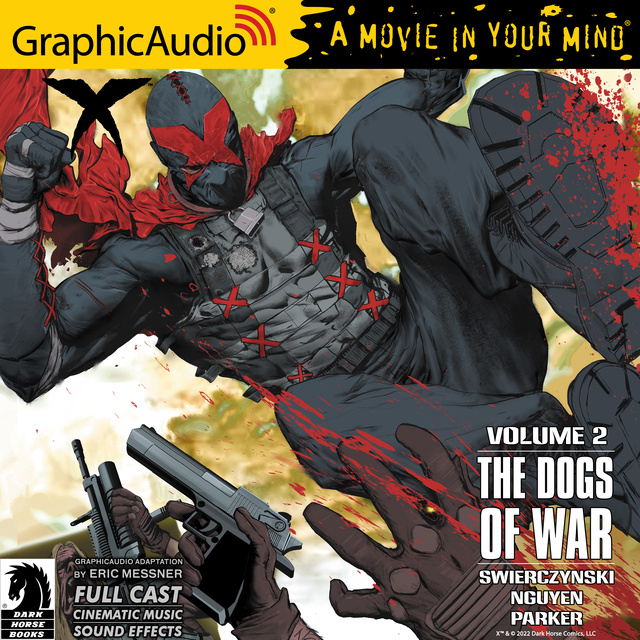 "When X attacks the notoriously corrupt narcotics squad known as ""The Dogs of War,"" the manipulative Lt. Setter fights back by pitting him against the last few honest cops in Arcadia... and X's battle escalates into a war for the soul of the city!

Collects issues #5–#8 of the series. Adapted from the issues and produced with a full cast of actors, immersive sound effects and cinematic music.

Includes the disturbing story of ""the 'Rents,"" three murderous suburbanites! 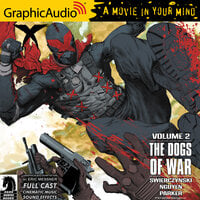