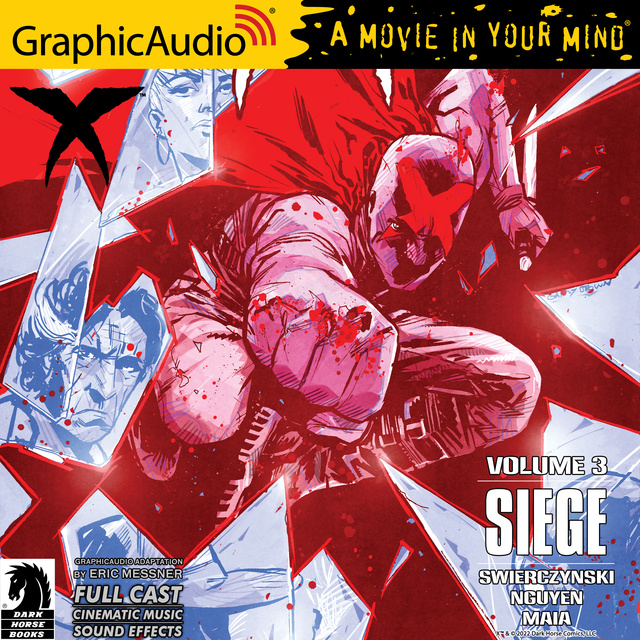 "Arcadia descends into chaos as old villains return to town and new ones are born! While X faces down suicidal psychos, superstitious mobsters, and thrill-junkie assassins, Leigh uncovers the secrets of his past … before he locked on his mask and became X!

Collects issues #9–#12. Adapted from the issues and produced with a full cast of actors, immersive sound effects and cinematic music.

Featuring the return of some of the original X characters from Comics’ Greatest World. 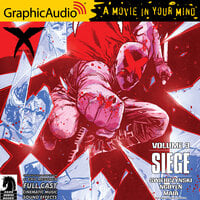