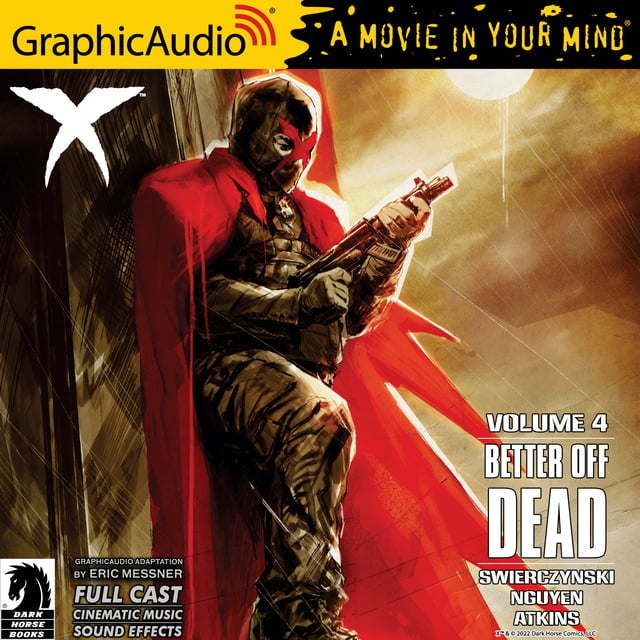 "Tango’s gang was a handful, but the Archon and his army, the Chosen, are more powerful than any enemy X has ever faced! Betrayed or abandoned by his allies, X must face Arcadia’s newest threat the old-fashioned way: alone!

Collects issues #13–#16. Adapted from the issues and produced with a full cast of actors, immersive sound effects and cinematic music.

X faces the greatest foe Arcadia has ever seen! 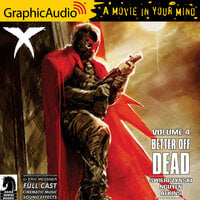