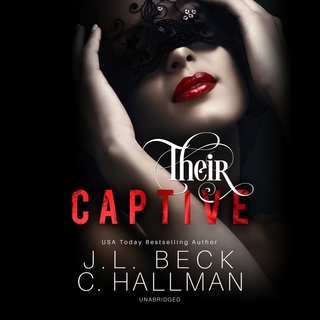 Schrijver: J.L. Beck, Cassandra Hallman
Voorlezer: Aaron Shedlock, Rich Miller, Melissa Schwairy, James McAdams
Format: Beschikbaar als audioboek
7U 30M
Engels
3,54
Three brothers set out for revenge, to avenge one man’s wrongdoings. He killed everyone they ever loved, stole their world, and nearly killed them in the process. So as the three brothers waited and watched, they took his most treasured possession—his one and only daughter. They knew she was innocent in the war, that she didn’t deserve rage or violence, but they didn’t care. Nothing would stop the brothers from getting justice for their family. Until something changed … and her cries of fear turned into cries of pleasure. Slowly, she brought them to their knees, making them fall for the enemy. But feelings aside, someone had to pay for the damage that had been done. Blood had been drawn, people had been killed, and Jessa, no matter how they felt about her, would be the one to suffer.

Her Steadfast HERO & Her Devoted HERO