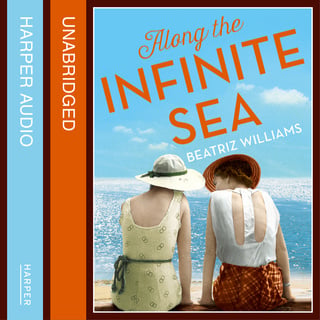 Pepper Schuyler is the kind of woman society loves and loves to talk about – a dazzling being who men watch across crowded, smoky rooms, and women keep their husbands away from. Yet the legend of Pepper is far from the truth…

Nineteen-year-old ingénue Annabelle de Créouville leaves her father’s crumbling chateau to help a handsome German Jew fleeing from the Nazi regime – and from the other man with whom Annabelle’s future is inextricably entangled. Falling headlong in love as is only possible for the first time, Annabelle follows her heart from Antibes, to Paris, to pre-war Berlin, torn between two very different men, and two very different endings…
Meer info over het audioboek:
Uitgeverij: HarperCollins
Verschenen: 2015-11-05
ISBN: 9780008151263
15U 43M
Engels
4,41
Categorie: Romance
Historische fictie Historische romantiek Europa

The House on Cocoa Beach

No Place For A Lady

The Girl Who Wrote in Silk

Secrets Under the Sun

The Age of Light