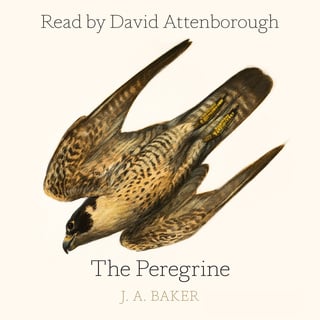 J. A. Baker’s classic of British nature writing was first published in 1967. Greeted with acclaim, it went on to win the Duff Cooper Prize, the pre-eminent literary prize of the time. Luminaries such as Ted Hughes, Barry Lopez and Andrew Motion have cited it as one of the most important books in twentieth-century nature writing.

Despite the association of peregrines with the wild, outer reaches of the British Isles, The Peregrine is set on the flat marshes of the Essex coast, where J. A. Baker spent long winters looking and writing about the visitors from the uplands – peregrines that spend the winter hunting the huge flocks of pigeons and waders that share the desolate landscape with them.
Wydawca: William Collins
Data wydania: 2019-11-21
ISBN: 9780008388249
8H 56M
Angielski
4,62
Kategoria: Literatura Faktu
Zwierzęta i natura Sławni ludzie Klasyka literatury brytyjskiej Zwierzęta

Are We Smart Enough to Know How Smart Animals Are?

A Primate's Memoir: A Neuroscientist's Unconventional Life Among the Baboons

The Lives of Bees: The Untold Story of the Honey Bee in the Wild

The Breath of a Whale

The Hidden World of the Fox

Cat Tale: The Wild, Weird Battle to Save the Florida Panther

The Hidden Lives of Owls

Wilding: The Return of Nature to a British Farm

The Gospel of the Eels: A Father, a Son and the World's Most Enigmatic Fish

Mind of the Raven: Investigations and Adventures with Wolf-Birds

The Wisdom of Wolves

Gathering Moss: A Natural and Cultural History of Mosses

Emperors of the Deep: The Mysterious and Misunderstood World of the Shark

The Revolutionary Genius of Plants: A New Understanding of Plant Intelligence and Behavior

The Soul of an Octopus: A Surprising Exploration into the Wonder of Consciousness

Beaks, Bones, and Bird Songs: How the Struggle for Survival Has Shaped Birds and Their Behavior