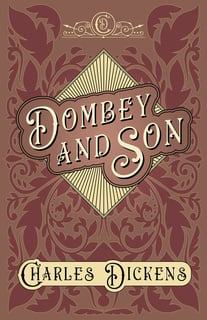 Autor: Charles Dickens, G.K. Chesterton
Format: E-book
Angielski
“Dombey and Son” is a novel by English author Charles Dickens, originally published as a serial between 1846 and 1848. The story revolves around the owner of a shipping company who is disgruntled by his lack of a male heir, rejecting his daughter and her love until reconciliating shortly before her death. Including many common Dickensian themes such as betrayal, deceit, class, arranged marriage and child cruelty, “Dombey and Son” is not to be missed by fans of Dickens's work and Victorian literature in general. Charles John Huffam Dickens (1812–1870) was an English writer and social critic famous for having created some of the world's most well-known fictional characters. His works became unprecedentedly popular during his life, and today he is commonly regarded as the greatest Victorian-era novelist. Although perhaps better known for such works as “Oliver Twist” or “A Christmas Carol”, Dickens first gained success with the 1836 serial publication of “The Pickwick Papers”, which turned him almost overnight into an international literary celebrity thanks to his humour, satire, and astute observations concerning society and character. “Hard Times” constitutes a must-read for Dickens fans and deserves a place on every bookshelf. This classic work is being republished now in a new edition complete with an introductory chapter from “Appreciations and Criticisms of the Works of Charles Dickens” by G. K. Chesterton.
Wydawca: Read & Co. Books
Data wydania: 2020-05-01
ISBN: 9781528789615
Angielski
Kategoria: Klasyka

The Battle of Life

A Column of Fire

The Haunted Man and the Ghost's Bargain

The Snows of Kilimanjaro and Other Stories

The Call of Cthulhu