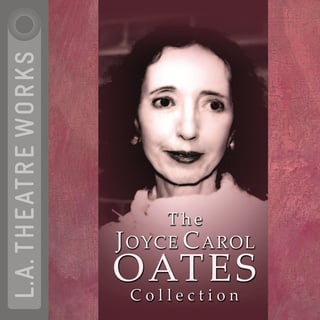 Black (one-act play)
In this evening of cocktails and dinner, a couple anxiously awaits the arrival of an ex-husband. As the wine glasses are drained, the evening becomes dark and intense, revealing the true colors of the characters in this eerie love triangle. Performed by: Stephanie Dunnam, Rif Hutton, and Joe Spano. Directed by Peggy Shannon.

Gulf War (one-act play)
An affluent young couple entertains an older couple for an evening of cocktails and politics during the Gulf War. As the evening continues, the conversation take a bizarre and absurd tone. Performed by: Edward Asner, Stephanie Dunnam, Nan Martin, and Joe Spano. Directed by Peggy Shannon.

Tone Clusters (one-act play)
A chilling tragicomedy that takes the form of a surreal interview between a middle-aged, middle-class American couple and the media. Performed by: Edward Asner, Hector Elizondo, and Joyce Van Patten. Directed by Gordon House.

The Woman Who Laughed