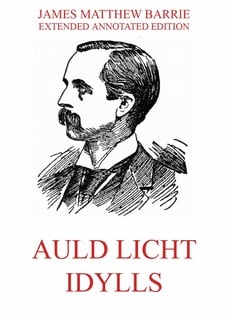 Autor: James Matthew Barrie
Format: E-book
Angielski
A collection of stories of Scottish life, charmingly written, full of the grace and humor that characterize this writer's productions. If there is a drawback to the pleasure of reading them, it is the want of a glossary to give the benighted English reader some notion of the meaning of Scotch "wut." We regard the 'Auld Licht Idylls' as having paved the way for Mr. Barrie's subsequent books.

The Auld Lichts were a section of godly professors who seceded from a secession. They prided themselves on the purity of their gospel faith, on the consistency of their walk and conversation, and above all on the stringency of their ceremonial observances. That they could keep a minister for themselves in the paltry townlet of Thrums was the crowning proof of their zeal and earnestness ...
Wydawca: Jazzybee Verlag
Data wydania: 2013-10-14
ISBN: 9783849628673
Angielski
Kategoria: Opowiadania

The Man Who Loved Extinct Mammals

For the love of GOT

An Appeal to Honour and Justice, Though It Be of His Worst Enemies

A Room with a View (Golden Deer Classics)

The Lay-Man's Sermon upon the Late Storm

Heart Songs and Other Stories