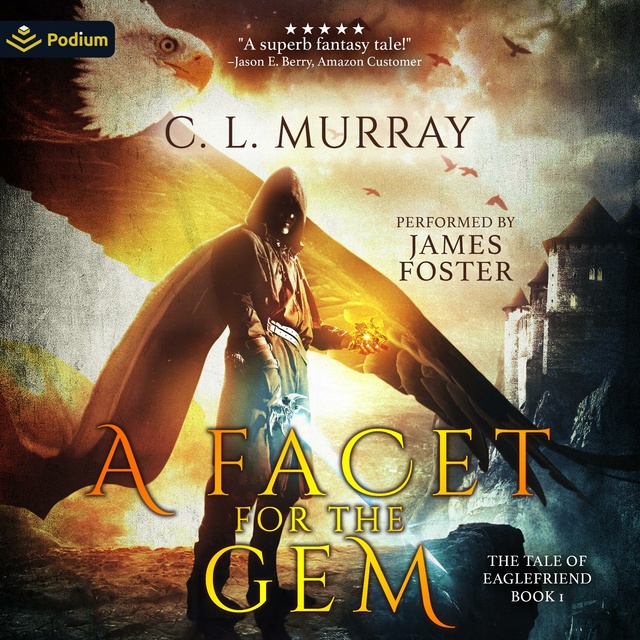 A Facet for the Gem: The Tale of Eaglefriend, Book 1

A Facet for the Gem: The Tale of Eaglefriend, Book 1

Fly into the epic fantasy adventure that readers are calling "Superb," "A powerhouse novel. Writing that soars and inspires," and "A fantastic, fun read."

In a land of eagle-riding knights, bloodthirsty beasts, and a ruthless prince, no border is safe for long. And as smoke billows from the only blockade standing between the great city of Korindelf and certain doom, young Morlen races to escape the inevitable siege. Thrust from the chaos with thousands of snapping jaws on his trail, he discovers that the abilities he's buried all his life are awakening — and it could not have happened at a worse time.

War has come, and he doesn't dare rely on his untested talents after stealing the coveted Goldshard, which makes strength and invincibility just a panicked whisper away. His dependency on it carries him through many dangers, until it becomes an enemy far worse than those he must fight hand-to-hand. And the allies he meets on his quest are just as troubled: a legendary warrior too afraid to leave his sheltered paradise, a wizard tormented by his past, and a disgraced king who has lost any hope of saving his people.

A Facet for the Gem is a coming-of-age fantasy that brings Morlen from distant kingdoms to sprawling airborne battles, into the fiery breath of a stony dragon and side-by-side with a lady knight who is the last person in need of rescue. Follow him as his epic adventures culminate in a final showdown against swords, fangs, and greatest of all: his own fear. 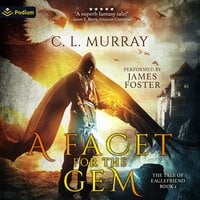