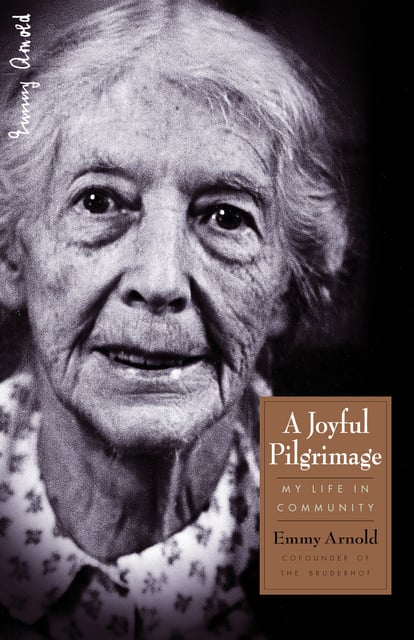 In the tumultuous aftermath of the First World War, thousands of young Germans defied the social mores of their parents – and the constricting influence of the established churches – in search of freedom, social equality, nature, and community. Hiking clubs were formed and work camps organized, and hundreds of rural folk schools and communes sprang up across the country. In the 1930s, Nazism swallowed this so-called Youth Movement virtually whole.

A Joyful Pilgrimage is the engaging story of a remnant that survived: the Bruderhof, a 75-year-old community that began when the author and her husband, a well-known writer and lecturer, abandoned their affluent Berlin suburb to start a new life and “venture of faith."

At first glance a memoir, A Joyful Pilgrimage is a radical call to faith and commitment against great odds. It is also a remarkable testimony to the leading of the Spirit, which, as Emmy Arnold writes, can hold together those who believe in the “daily miracle” of community “through thick and thin.”