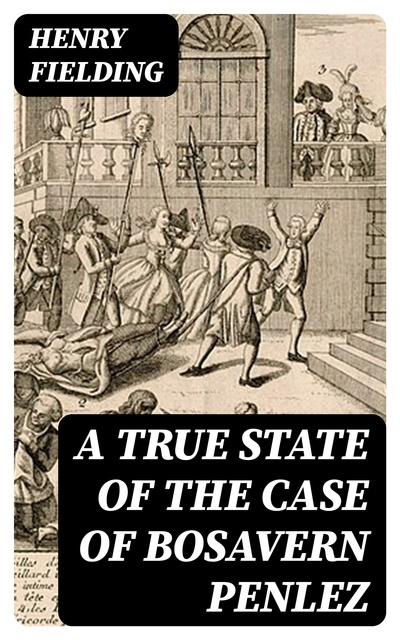 "A True State of the Case of BosavernPenlez" is a pamphlet written by Henry Fielding regarding the case of Bosavern Penlez, who was executed for the late riot in the Strand. Fielding published it as a response to an anonymous pamphlet which constituted a criticism on Fielding's conduct, as he was the one to shed light on Penlez's second indictment. Fielding defended the way in which he had handled the case and this record provides an insight into the case in which the law regarding these offenses and the Statute of the Riot Act were fully considered.