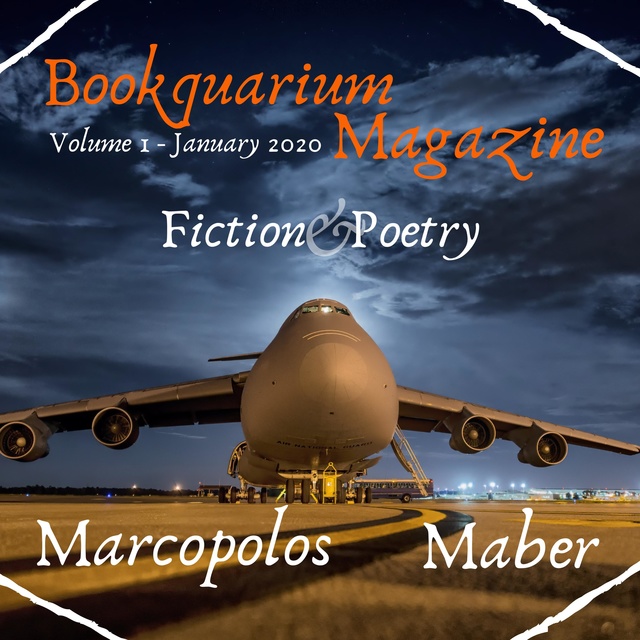 Four stories by Frank Marcopolos and four poems by Q.R. Maber. Frank's fiction has been reviewed with such praise as:

“This is a thoughtful, articulate, and often humorous narrative about the choices we all make, sometimes in the space of a single heartbeat, and the life-altering impact of our subsequent actions. It’s also a bittersweet tale of self-discovery and seminal experiences, full of realistic dialogue, unexpected situations and offbeat characters. A highly readable novel that recalls the style of Michael Chabon or John Irving, this is a literary gem that should not be missed.” – Blue Ink Review, Starred Review (Eagles and Hawks and Also People As Well)

“Enzo is a thoughtful athlete reminiscent of Henry “Author” Wiggen in Mark Harris’ quartet of baseball novels, most notably Bang the Drum Slowly (1956). But Marcopolos offers a postmodern twist. The mysterious keeps taking prominence in this novel: the hazing rituals, which are amusing, sexy, confusing, and disturbing all at once; the hard-to-figure attitudes of Enzo’s teammates; oddities like a replica of the Winchester Mystery House that somehow features a pagan mechanical bull ride; Trudy’s oracular pronouncements; and portentous dreams and symbols involving several dead birds and brick-tied balloons that a teammate pops. Each image speaks of death and aborted flight, a counterpoint to Enzo’s longing for the big leagues and a home that isn’t stifling. Also complex is Enzo’s character. A well-written, intriguing sports tale that explores the importance of home base.” – Kirkus Reviews (Eagles and Hawks and Also People As Well)

“A frequently effective collection of stories about people seeking to understand themselves and their predicaments.” – Kirkus Reviews (Infinite Ending)

“Marcopolos is an eloquent and provocative writer. These are strong stories that work very well.” – Self-Publishing Review (Infinite Ending) 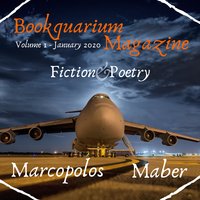