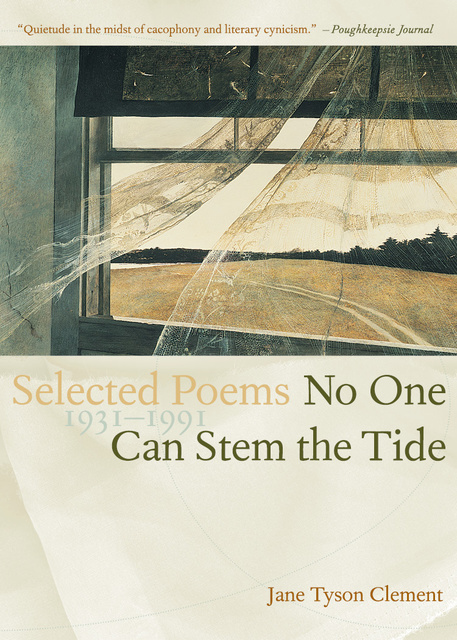 No One Can Stem the Tide

No One Can Stem the Tide

Though most of Jane Tyson Clement’s poems remained hidden in private notebooks during her lifetime, the few that traveled beyond her hands were widely admired and drew critical acclaim. Now, with this first comprehensive anthology of her work, the public can at last discover this gifted poet and give her the audience she deserves.

Evoking comparisons to such better-known contemporaries as Jane Kenyon, Wendell Berry, and Denise Levertov, Clement is direct and understated. Even when technically sophisticated, her poetry speaks with a familiar voice and draws on accessible images from the natural world.

Still, these are no mere “nature poems.” In exploring the varied emotions of life – of love, longing, and loss; memory, sacrifice, and desire; struggle and frustration, joy and resolve – they reveal the tireless seeking of a generous and honest heart and beckon the reader down new avenues of seeing and hearing.