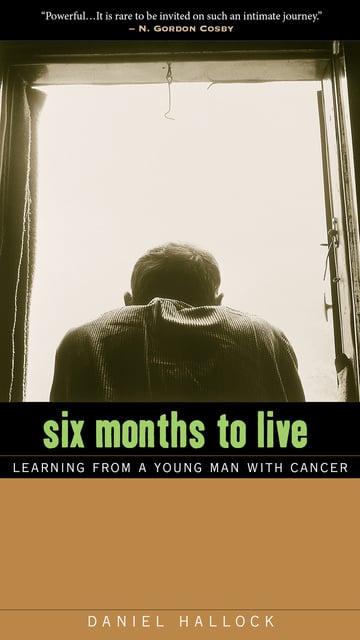 “I wouldn’t trade my life for anyone else’s. If I could choose not to have cancer, and continue my life as it was, I wouldn’t do it.” – Matt Gauger.

You’re twenty-two, in love, and just starting a career. The last thing you’re worried about is the purpose of life (whatever that means) and when you’re going to die. If you think about such things, you certainly don’t talk about them.

With his sociable personality and love of music and basketball, Matt had plenty of friends but didn’t really stand out from the crowd. Then, a month before his wedding, he was diagnosed with cancer. Six months later he was dead. But Six Months to Live isn’t really about dying. It’s the story of how Matt and his family and friends struggled to accept his suffering, and how it changed each of them. It’s about facing (rather than avoiding) life’s most important questions, and – instead of going through the motions – living life to the full.