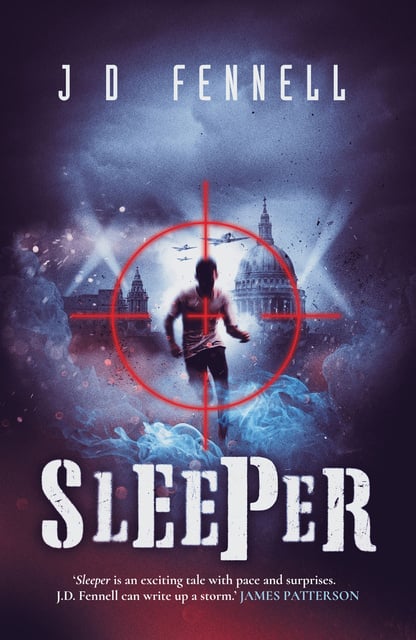 Shortlisted for the Amazing Book Awards 2018

‘Sleeper is an exciting tale with pace and surprises. J.D. Fennell can write up a storm.’ James Patterson

Sixteen-year-old Will Starling is pulled from the sea with no memory of his past. In his blazer is a strange notebook with a bullet lodged inside: a bullet meant for him. As London prepares for the Blitz, Will soon finds himself pursued by vicious agents and a ruthless killer known as the Pastor. All of them want Will's notebook and will do anything to get it. As Will's memory starts to return, he realises he is no ordinary sixteen-year old. He has skills that make him a match for any assassin. But there is something else. At his core is a deep-rooted rage that he cannot explain. Where is his family and why has no one reported him missing? Fighting for survival with the help of MI5 agent-in-training, Anna Wilder, Will follows leads across London in a race against time to find the Stones of Fire before the next air raid makes a direct hit and destroys London for ever.