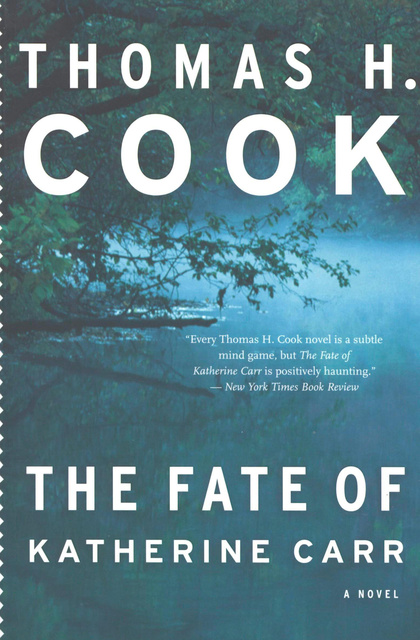 The Fate of Katherine Carr: A Novel

The Fate of Katherine Carr: A Novel

An “eerily poignant novel” about a grieving father and a cold-case mystery, from an Edgar Award winner (PublishersWeekly, starred review).

George Gates used to be a travel writer who specialized in places where people disappeared—Judge Crater, the Lost Colony. Then his eight-year-old son was murdered, the killer never found, and Gates gave up disappearance. Now he writes stories of redemptive triviality about flower festivals and local celebrities for the town paper, and spends his evenings haunted by the image of his son’s last day.

Enter Arlo McBride, a retired missing-persons detective still obsessed with the unsolved case of Katherine Carr. When he gives Gates the story she left behind—a story of a man stalking a woman named Katherine Carr—Gates too is drawn inexorably into a search for the missing author’s brief life and uncertain fate. And as he goes deeper, he begins to suspect that her tale holds the key not only to her fate, but to his own.

“Every Thomas H. Cook novel is a subtle mind game, but The Fate of Katherine Carr is positively haunting. ” —The New York Times Book Review

“Disturbing, psychologically complex … At each level, the novel ponders questions of good and evil, of guilt and retribution, and the power of storytelling itself. ” —Associated Press