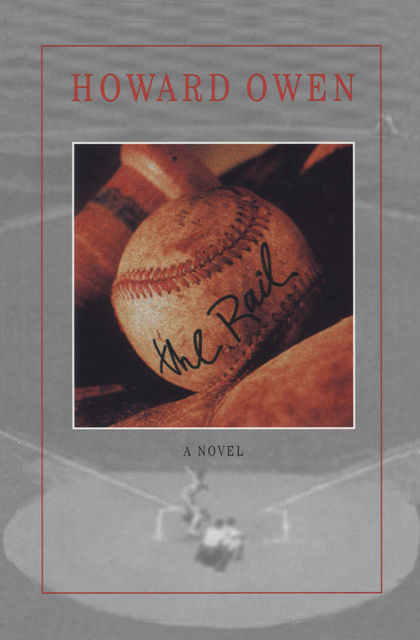 The Rail (A Novel)

The Rail (A Novel)

Before he let his life fall apart, James “Neil” Beauchamp was special. He lived and flourished in the world of privilege, adored and accommodated. Then, before he truly learned to appreciate it, the one talent that lifted him from a small life in a small town was gone. The only thing worse than spending your life earthbound, Neil would learn, is landing hard and knowing you’ll never fly again.

Born in Penns Castle, in the castle itself, he was a prince of sorts. But when his mother left the castle with him in tow, he lost everything, even his name. He seemed destined for a life as a shopkeeper’s barely tolerated stepson.

That’s when baseball presented itself and saved him. For what Neil could do was hit. Through some combination of reflexes, vision, and coordination, the lean and supple Virginia Rail turned the game of his childhood into the driving force of his life. Before he was through, he would win batting championships and be elected to the Hall of Fame.

Yet before his talent failed, he already was failing those closest to him. His wife and son suffered from being outside his field of vision too much of the time. Then, with his career over well before his 40th birthday, everything collapsed. The final crash, with his half-sister Blanchard beside him in the car, the crash that sent him to prison, was seen by most who knew him as the inevitable landing at the end of a very long fall.

On the day he was paroled, he was met at the prison gates by his son David, the last person Neil expected to see, and returned to the castle from which he was banished as a child and to Blanchard, a woman of tenuous mental balance.

Neil is looking for some way to make amends. And his son, who will learn things about Neil he never would have guessed, still wants to salvage something out of their mutual wreckage.