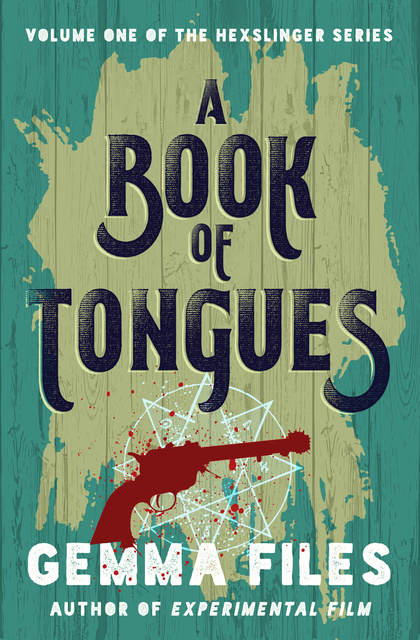 A Book of Tongues

A Book of Tongues

“Gemma Files has one of the great dark imaginations in fiction―visionary, transgressive, and totally original.” —Jeff VanderMeer

In Gemma Files’s “boundary-busting horror–fantasy debut,” former Confederate chaplain Asher Rook has cheated death and now possesses a dark magic (Publishers Weekly). He uses his power to terrorize the Wild West, leading a gang of outlaws, thieves, and killers, with his cruel lieutenant and lover, Chess Pargeter, by his side.

Pinkerton agent Ed Morrow is going undercover to infiltrate the gang, armed with a shotgun and a device that measures sorcerous energy. His job is to gain knowledge of Rook’s power and unlock its secrets. But there is someone else who has Rook in her sights: the Lady of Traps and Snares, a bloodthirsty Mayan goddess who will stop at nothing to satisfy her own desires.

Caught between the good, the bad, and the unholy, Morrow will have to ride out a storm of magical mayhem to survive, in this debut novel, the first book of Files’s “weird Western Hexslinger trilogy . . . [which] is chock full of hellish horrors” (Mike Allen, author of Unseaming).

“Definitely promising—tantalizing, even, because it sets up such a fertile scenario and hammers home the themes of love, sacrifice, and apotheosis.” —Strange Horizons