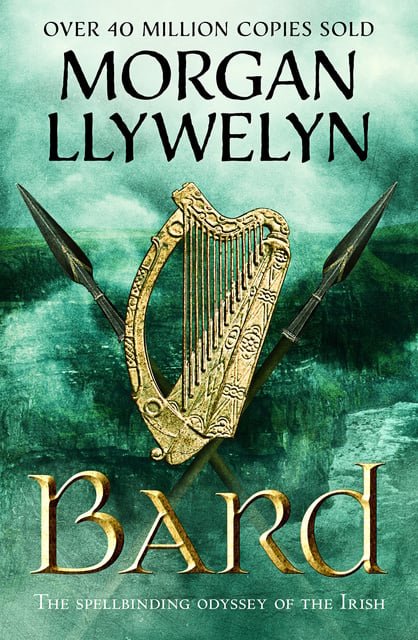 Across the waves, they will follow the song…
Amergin is the chief minstrel and druid of the Sons of Mil, a sprawling family of Celts struggling to survive in the bleak wilds of Iberia. His people would rather do battle than make great art, and he can only dream of a home free from bloodshed.

Everything changes when a shipwright weaves stories of a mystical emerald island to the north. Determined to make it his new bard land, Amergin sets sail with his five brothers, their mother, Scotta, and his beloved harp, Clarsagh.

But when they arrive on those fabled shores, they are confronted by the indigenous fairy folk in a conflict that will change the face of Ireland forever.

A sweeping chronicle of bards and warriors that would fuel untold generations of myth and legend, this is a must-read for fans of Bernard Cornwell and Conn Iggulden.

‘She brings the legends of Ireland to life and presents us with characters who are living, breathing individuals, with all the strengths and weaknesses of the humans who walk the earth today’ Irish Echo

‘Magic and words and war. It makes for a wonderful book’ Washington Post