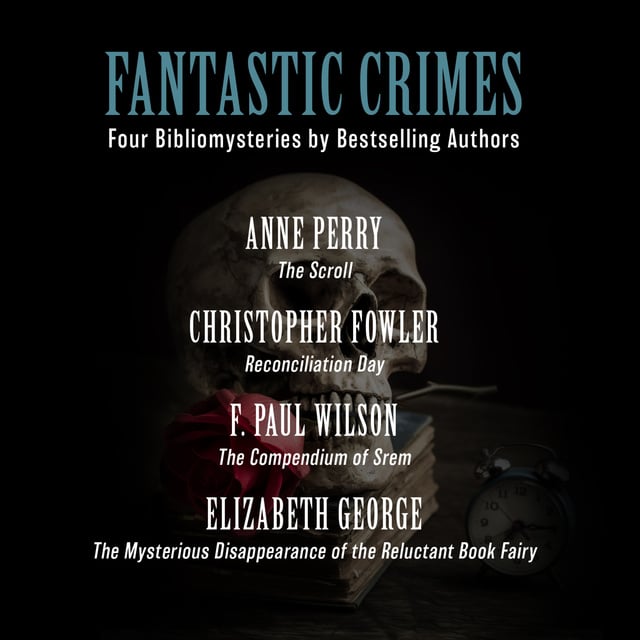 Book-centered mystery novellas from four masters of the craft.


From Anne Perry, the New York Times bestselling author of the Charlotte and Thomas Pitt series, comes The Scroll: Hapless bookseller Monty Danforth's recent discovery of a millennia-old manuscript plunges him into a cutthroat conspiracy.


Christopher Fowler, author of the Bryant and May mysteries, presents Reconciliation Day: One man's obsession with a lost edition of Bram Stoker's Dracula sends him on a dangerous journey to Transylvania.


From F. Paul Wilson, the New York Times bestselling creator of Repairman Jack, comes The Compendium of Srem: Prior Tomás de Torquemada yields the ultimate power, deciding who lives and dies during the Spanish Inquisition, but an ancient, evil tome is about to change that.


Elizabeth George, the New York Times bestselling author of the Inspector Lynley novels, brings you The Mysterious Disappearance of the Reluctant Book Fairy: A woman's gift for immersing herself in the plot of whatever book she likes draws overwhelming fame—and misfortune. 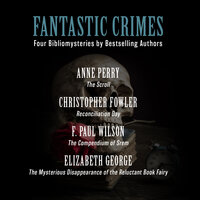