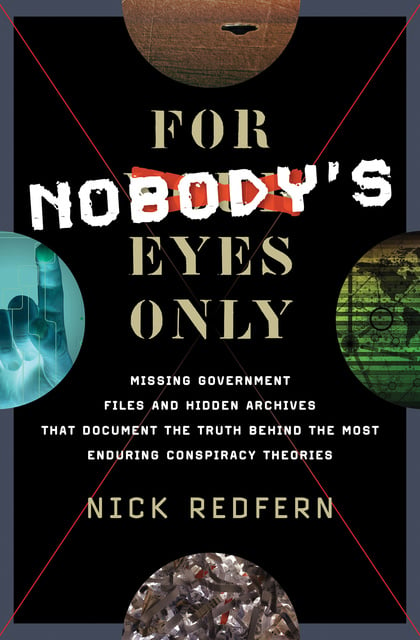 For Nobody's Eyes Only: Missing Government Files and Hidden Archives That Document the Truth Behind the Most Enduring Conspiracy Theories

For Nobody's Eyes Only: Missing Government Files and Hidden Archives That Document the Truth Behind the Most Enduring Conspiracy Theories

The author of Body Snatchers in the Desert investigates hidden government files on conspiracies and coverups from UFOs to JFK and Princess Diana.

Under the Freedom of Information Act, government agencies have declassified millions of pages of documents on numerous subjects. But there are many files that have not been released. Some supposedly can’t be found, or suspiciously missing. Some contain top-secret information that agencies are determined to keep secret. The reason: to prevent the truth behind some of the biggest conspiracies of all time from ever surfacing.

For Nobody’s Eyes Only includes fascinating new information on the stories behind these mysterious documents. Here you will read about the buried files and photos documenting the Roswell UFO crash of 1947; the secret records of the JFK assassination; the sensational missing data behind the Watergate scandal; and the mysteriously vanished documents on the CIAs mind-control operation, Project MK-Ultra. This volume also discusses the nature of how documents are deemed classified and top secret.